We underestimate how words can change our sense of reality. Words can corner and confine us; they can also open doors and free us. Nowadays we often hear people say that they are spiritual but not religious.  What that usually means is something like this: I no longer attend religious services nor do I accept as absolutely true any of the major claims of the basic religions.  Still, I have spiritual needs, interests, and inclinations. I just don’t rely on organized religion to explore and satisfy these needs. Religion is associated with established doctrines, rules, and social organization; spirituality, with search, personal practice, and experience. 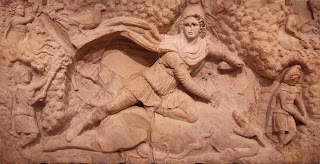 As people grow up in our scientific culture—especially where capitalism and consumerism thrive—traditional religions recede in importance.   But human nature remains the same, and the issues of love, death, injustice, natural calamity, happiness, suffering, meaning and purpose all remain. The pews may be thinning out, but people still have the need for meaning and transcendence.  So the search is on and new games of the spirit are afoot.

Words matter. The vocabulary of organized religion is a turn-off for many today, which explains why the distinction between religious and spiritual is so popular.  People understand the distinction.  You can be spiritual without being religious.

There is another distinction some of us might find useful, but this one might at first seem extreme.  Suppose we bracket the use of the term God and substitute the term consciousness.   A religious person says, I believe in God; immediately there’s a problem.  What does that mean?  What could it mean?  God?  A non-religious person doesn’t believe in such an entity as often defined.

This shift in terminology has a future. In fact, it has a past in Indian thought where the divine is conceived as pure, transcendent consciousness.  In Indian thought, there are thousands of gods, all in different ways manifestations of primordial consciousness, which is beyond all creeds and religions, but is their root and ideal aim.

Consciousness has a lot going for it as a candidate for a new terminology of transcendence.  Unlike the term God, we know it refers to something real—inescapably and fundamentally so.  In contrast, the notion of God has become a dubious idea, and is too often used as part of the vocabulary of political oppression  if not outright murder and empire.

Benefits of this experiment in vocabulary? What do we gain if we substitute the term consciousness for the term God?  Again, to quote an Indian text (Rig Veda) that struck me true when I first read it: “Truth is one; people call it variously.”  Most of the great mystics point to the one mind that undergirds our evolving human experience.  Our own consciousness is part of that transcendent reality, but our awareness of it is eclipsed by the struggle for existence. So near and yet so far, we live in oblivion to our hidden identity.

A new vocabulary may help us awaken to that hidden dimension of ourselves. It is an experiment to perform, a way of seeing how the world appears through the lens of a different language, as when we substitute ‘spiritual’ for ‘religious’, and ‘consciousness’ for ‘God’. Let’s push the idea a little, and suggest a few other changes of vocabulary.  .

For example, I would substitute arts of transcendence for religion; an enchanting perspective for revealed truth; experimental protocol for doctrine and dogma; imagination for faith; distant conversation for prayer; athlete of consciousness for saint; a contraction of consciousness for sin; the great adventure for death;--and I could go on.  Each of these changes could open new ways of looking at old issues, if we sat down and tried in detail to imagine how revising our vocabulary may be a way of revising our awareness of things, and indeed of our very sense of reality.