I began writing poetry when I was a teenager; my first efforts were clumsy chants about the wonders of nature -- sky, stars, and whatnot. I was astonished at being alive. I used words to register that fact but also to reconnoiter the unknown. That was the magical, intuitive part of my love affair with language. As I got older, I converted my astonishment into questions; I wandered into the dangerous country of philosophy. The moment I entered – it was foggy with impenetrable verbiage -- I realized how ignorant I was. Writing now became a journey of many questions toward the key mystery of science -- the mystery of consciousness. Writing now becomes a tool in service to the emancipation of consciousness. But what does that mean? Ah! something to write about. 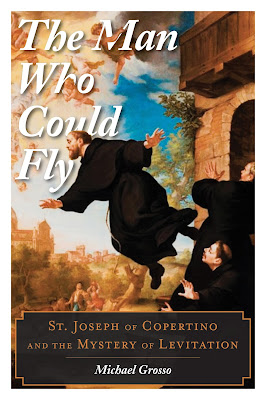 The Man Who Could Fly

St. Joseph of Copertino began having mystical visions at the age of seven, but it was not until he began practicing his faith as a Franciscan priest that he realized the full potential of his mind’s power over his body—he was able to levitate. Throughout his priesthood St. Joseph became famous for frequent levitations that were observed on hundreds of occasions by thousands of witnesses, including many skeptics. Michael Grosso delves into the biography of the saint to explore the many strange phenomena that surrounded his life and develops potential physical explanations for some of the most astounding manifestations of his religious ecstasy. Grosso draws upon contemporary explorations into cognition, the relationship between the human mind and body, and the scientifically recorded effects of meditation and other transcendent practices to reveal the implications of St. Joseph’s experiences and unusual abilities. 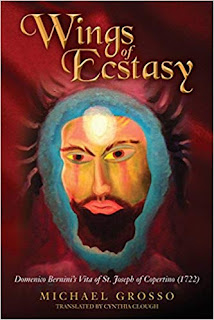 This is the first English translation of the life of St. Joseph of Copertino, mystic famous for his ecstasies, levitations, bilocations, mind-reading, miraculous healings, and other extraordinary phenomena. The Vita is followed by a Commentary that details the evidence for these claims, and discusses their implications for human potential and human evolution; offering new perspectives on our understanding of the nature of mind and spiritual life.

This book is unabashedly conscious of itself as a challenge to reductive scientific materialism. 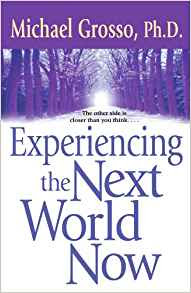 Experiencing the Next World Now

This book presents a new perspective on the idea of life after death. It argues that if there is a life after death, it must be a form of consciousness. If it is a form of consciousness, we should be able to experience it while still embodied; in short, we should be able to experience the next world now. This in fact seems to be what happens in near-death experiences, in ghost and apparition encounters, in ecstatic and mystical experiences, in certain kinds of psychedelic states, and in enraptured erotic and aesthetic states. The book describes a variety of ways illumination is possible when the veil is lifted from our everyday mind. 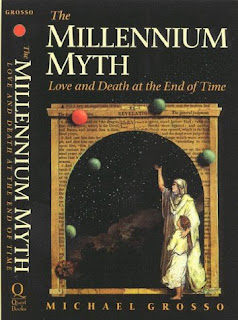 The Millennium Myth: Love and Death at the End of Time

Highlights the chief prophetic vision of the Western World and where it may be leading us. The millennial hope for a new age has inspired figures from John of Patmos to Thomas Paine. It has a dark side of lunatic intolerance but is also given to a kind of infinite expansiveness. Technocalypse – the term describes the convergence of technology and the apocalyptic mind. Technology is secretly driven by the millennium myth, a vision that is piloting human history toward recreating nature and reinventing humanity. The ideas in this book take on renewed meaning in the context of the rise of Isis, a movement driven by apocalyptic ideology. 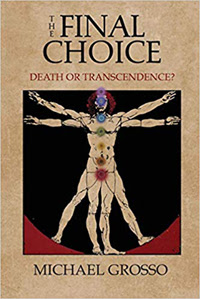 
Published in 1985, a meditation on impending global catastrophe. In those days, it was the Communist specter and nuclear holocaust that dominated American consciousness; today, it is Isis (Daesh) and the Climate Threat — both in large part monsters we have created. From page 245. “With a bold and hopeful vision of the beyond, we may yet discover the courage to transform the here and now. The choice is between conforming to the lethal truth of the status quo and embracing the truths of human transformation. This indeed is the final choice, collectively speaking, that we human beings are presently being forced to make.” 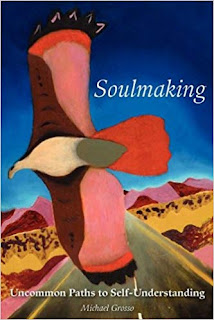 In the premise of this book, we don’t just have “souls”.  We have to work on and make our souls,  shape and forge them.   For many educated people, talk of “soul” is old-fashioned, unscientific.  To resuscitate the idea of soul, the author tells of strange encounters with the inexplicable. — events truly soulmaking. 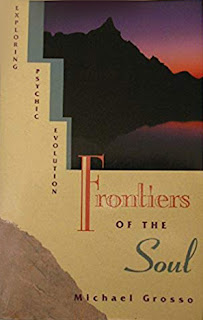 Frontiers of the Soul

Chapters in the parapsychology of religion. They provide new, fact-based perspectives on the God-idea, life after death, St. Paul’s conversion, Marian visions, Sai Baba and Padre Pio, the cult of the guardian angel, and the Eleusinian Mysteries.  mainstream 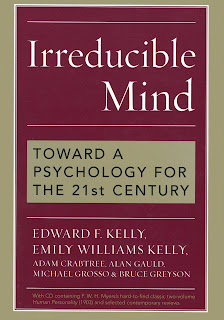 Current mainstream scientific opinion holds that all aspects of human mind and consciousness are generated by physical processes occurring in the brain. This book presents empirical evidence that this reductive materialism is not only incomplete but false. Topics addressed include phenomena of extreme psychophysical influence, memory, near-death experiences, genius-level creativity, and mystical states of consciousness both spontaneous and drug-induced. The authors show that these rogue phenomena are more readily elucidated by an alternative 'transmission' or filter theory of mind/brain relations. This book is being noticed and read by open-minded persons concerned with the still-unsolved mysteries of the mind. 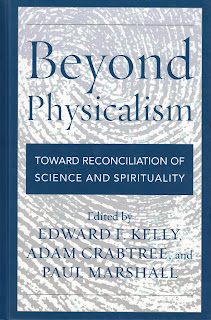 This book is the product of an unusual fellowship of scientists and humanities scholars who dispute the view that reality is purely physical, and that human beings are nothing more than extremely complicated biological machines. Drawing on empirical science, metaphysical philosophy, and the mystical traditions, the authors work toward an improved "big picture" of the general character of reality, one which strongly overlaps territory traditionally occupied by the world's institutional religions, and which attempts to reconcile science and spirituality by finding a middle path between the polarized fundamentalisms, religious and scientific, that have dominated public discussion of these topics for far too long.