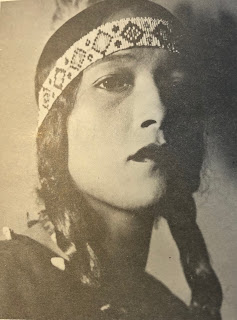 I found a thin book in my library the other day, untouched and unread.  By Louise Lone Dog, it’s called: Strange Journey: The Vision Life of a Psychic Indian Woman.  It was published in 1964.  I was immediately taken by her story, the originality and authenticity.  It evokes her Indian ancestry, and its spiritual ways,  while embracing science and elements of Christianity.  She was a Mohawk shaman with documented psychic powers that settled in New York City, and was born in 1928.

Her book is mainly about her psychic life; native Indians, like herself with strange inner lives, were shy about sharing their stories. There was from the beginning always the risk of Christian fanatics maligning or killing them. Those that weren’t physically decimated were herded onto reservations and forced to renounce their language, traditions, and spirituality that were thousands of years older than the white marauders’culture.

Lone Dog’s strange journey is about recovering and honoring her native inner  talents.  “Not knowing, for some time, of books dealing with psychic experiences or phenomena, I had to develop my own way of understanding these things.”25  We  can learn from those who came before us, but the greater challenge is to follow your own gift wherever it leads.  At the same time she had to stay quiet about her experiences; her psychic friends t were beaten up when they talked about her experiences.

In 1964, she was arguing that many parents unwittingly destroy the creative imagination and psychic abilities of their children.  Much that is ill is a byproduct of a repressed psychic life. Louise Lone Dog writes: “I feel certain that much of the upset lives, fears, neuroses, and many unhappinesses of modern times are due to lack of understanding and of repressions of just such gifts that are given to children in their early years and which, sadly, never have a chance to flower.”19

In her early life, living close to nature taught her to tune into the natural world, which seemed to release her psychic abilities.  A rich sensory life can be a prelude to a supersensory life.  “From this highly developed keenness of the senses, many moved on to a knowledge of the sixth sense, the sense of the spirit world, and saw and understood things beyond space and time and place in a way the modern, civilized man, with his dulled senses and his emphasis on material luxury and pleasure, finds it hard to grasp, or understand.”7

She describes a life transforming dream in which she found herself at a big fair that was a revelation of the glory of the Indian past before the conquest; the colors and symbols and animals and costumes and dances all became brilliantly real before her, and she woke with the inspiration and the vision of a return of the Indian spirit and a rebirth of its arts. e.  Her idea was to use art and bead-weaving to create artifacts of Indian spirituality, which would call up the living spirit of Indian lifeways.

It happens in the course of history that people gain guidance and inspiration by renewing the past.  The very start of modern times was prompted by the Renaissance, a rebirth of ancient ideas and ideals.  Why not indigenous earth wisdom to combat the suicide of the planet.

There is more to say about this book and Louise Lone Dog (Naturegraph Press).  She was full of presentiments of the coming together of the races, and blending of the religions, a true melting-pot of spiritual evolution.  I could find nothing about her on the Internet except that she was married twice and born in 1928, and that she moved to and lived in New York City.  Strange Journey contains a vision of an America coming together in a great living oneness of spirit.  Was she crazy or did she glimpse a real possibility?  The author, a native American of artistic and spiritual talents, said: “Modern science is very young, but psychic science is as old as the human race.”

Where are the Bodhisattvas of the Earth equal in number to the sands of the Ganges that promised to appear in this age of confusion? They must be around here somewhere. They promised the Buddha that they would appear and teach the Lotus Sutra, (Democracy).