Mendacity of all kinds is a part of human experience, but the potential for propagating it has hugely increased—thanks to modern technology.  There is talk of a crisis of truth, capped by the Trumpian meme of “fake news”. Rampant in venues outside politics, fake news spreads lies for political, economic, and ideological purposes.

There’s a species of it I call pseudo-skepticism—a form of fake news, evident in Joe Nickell’s case who writes for the so-called Skeptical Inquirer.  “So-called”, I say, because the term skeptical implies doubt and open-minded inquiry; it doesn’t mean using every dirty trick of omission and distortion to arrive at a foregone conclusion. 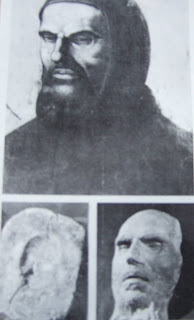 The author begins by defining without qualification Joseph’s 17th century lifetime (1603-1663) as “superstitious” and mentions the European witch craze, as if that fact is going to explain everything about Joseph.  Thus, in the next paragraph he writes: “The superstitious believed Joseph was able to divine the thoughts of others, to effect cures, to engage in combat with the devil (at least in a story he himself told), to have the supposed power of bilocation . . . .”  And that’s it.  With a sweeping ad hominem (“the superstitious believed”) Nickell glides over all the specific accounts in the book he’s supposed to be reviewing that testify to, and discuss, these and other reported phenomena.

The content of the book may be passed over because, after all, it was a superstitious century. Nickell’s idea of “skepticism” boils down to this—a priori dismissal based on invoking the word “superstitious.” This of course is dogmatism, not skepticism.  His opening paragraphs are riddled with omissions and distortions. For starters, it’s neither true nor would it be relevant if my chief source was Bernini’s Vita. My chief source was in fact the many books by the 20th century scholar, Gustavo Parisciani.

Consider Nickell’s comment on Joseph’s habit of prayer.  He writes: “There he prayed on his knees so often and so long (a habit that would later prove useful in his “levitations”) that his knees became infected.” It is true that Joseph prayed until his knees got infected.  But what is Nickell referring to in the parenthesis?  What is “useful” about infected knees in producing--that is, according to Nickell--in faking the levitations?  Years of praying on his knees, we are supposed to believe, strengthened his leg muscles—a ridiculous claim. It would weaken them. Is this Nickell’s “secret” of Joseph’s levitations? Thanks to the muscle-building effects of his prayer life, he deceived everybody in Italy and parts of Europe into believing he was an ecstatic mystic who levitated?

Joseph was reported to rise off the ground while saying Mass, just one of the least spectacular contexts in which he was observed to levitate.  But Nickell thinks that Joseph used his “well-developed muscles” to create the illusion of levitation. “I suspect such acts were fundamentally stunts that may have led credulous seventeenth-century peasants to believe it was accomplished by levitation.”  Nickell believes that Joseph “feigned entrancement” to render his deceptions more convincing.  Evidence? A shred would help, a thread—a molecule!

St. Joseph was a con artist who fooled the inquisitors in Naples and in Rome, according to the fanciful Mr. Nickell.  And yet, Joseph was closely monitored for his entire thirty-five year career in the Church, and the inquisitors never questioned the authenticity of the friar’s unusual aerial behaviors, which they and countless others had witnessed. There was never any question about the reality of the levitations.  The Church had no use for phony levitators, and with all the surveillance of Joseph, would have nabbed him in short order if there was the slightest hint of deception.

What the holy officers wanted to know was how he felt about himself as a result of possessing these (we say) “paranormal” abilities.  Was he proud of displaying them? Were they the result of his own perhaps magical ministrations?  Did he feel superior to his brothers? Did it feel good to levitate?  And so on.  Joseph replied that his levitations were a gift of God that caused him more trouble than joy.  In fact, the friar acquitted himself before the Inquisitors by his words, behavior, and tactful manner.

But according to Nickell, Joseph had to have been a liar and pretender for his entire career, and must have been amazingly clever to have deceived the Inquisitors; two cardinals; the Duke of Brunswick (employer of Leibniz); John Casimir Waza, a spiritual son of Joseph who became the king of Poland; the Infanta Maria, the Princess of Savoy; Pope Urban VIII (d. 1644) who witnessed and deposed that Joseph levitated; and finally he must have deceived the humanist Prospero Lambertini who became pope Benedict XIV, a friend of Voltaire.

In 1753, Benedict himself beatified Joseph, affirming the evidence for his numerous “prolonged flights”, which were based on testimony collected by his first biographer, Roberto Nuti,  and his diarist Arcangelo Rosmi, both contemporary witnesses who personally knew the exceedingly humble and absent-minded friar.  Rosmi quit collecting eyewitness reports of the levitations as unnecessary after he had amassed seventy cases. Nickell mentions none of this but keeps quoting as his chief authority an obscure, pseudo-skeptical book on “comparative miracles” published in 1970.

Nickell the pseudo-skeptic refuses to discuss any of the actual content of a book he is supposed to be reviewing.  If his “explanation” were in fact true, we would also have to conclude that Joseph not only possessed enormous cunning and powers of deception but that he was perhaps one of the greatest gymnasts of all time.  And he got that way by praying on his knees for unseemly hours until they were infected, for nobody ever saw him in running shorts or clenching his jaws pumping iron.  There is nothing to support any of this dross except Nickell’s inflexible will to disbelieve in levitation.

There’s another consequence of the covert stunt-man explanation of Joseph’s reported aerial anomalies.  For Nickell to be right about Joseph, we have to assume the enormous, uninterrupted stupidity of everybody he dealt with for thirty-five years. Nickell seems to think that only “credulous” peasants witnessed the levitations, just as he seems to think the 17th century was notably “superstitious” when in fact it was also the century of the scientific revolution (Whitehead called it the “century of genius”), of great art (Caravaggio, Rembrandt), of great music (Bach, Monteverdi), and of great literature (Shakespeare, Cervantes).  There were also geniuses of mysticism, Teresa of Avila and yes, Joseph of Copertino, whom Blaise Cendrars called the greatest ecstatic in history. As for peasants being credulous, I doubt if they’re any worse than some Ph.Ds ensconced in their worldviews and constricted by their pet theories.

The fact is there are records of sworn testimony of about 150 persons concerning Joseph’s levitations, persons of all classes:  popes, surgeons, inquisitors, nuns, dukes, bishops, cardinals, clutches of pious women, shepherds, carpenters, Spanish envoys, and so on and so forth. In the course of his thirty-five year tenure as a badgered, surveiled, and virtually imprisoned victim of his own fame, he prayed to be free of his embarrassing raptures, as did Teresa of Avila, but his prayers were not answered. Teresa was luckier, and got more anchored to Earth. Not so Joseph, whose disposition to ecstatic levitation increased as he aged.  Joseph’s death in 1663 was closely monitored by his Franciscan brothers; he had a series of deathbed visions and one last ecstatic levitation two or three days before his death.

According to Nickell’s “explanation”,  Joseph had to be quite an athlete to jump thirty-one meters into the air so he could embrace Cimabue’s painting of the Madonna and Child. Nickell actually references Michael Jordan as possibly comparable to Joseph in super-agility.  But Joseph levitated on his deathbed; not even Michael Jordan could do that.  The truth is that Joseph was no athlete. In fact, he was a physical wreck. For five years of his boyhood he was bedridden with a gangrenous tumor, which unaccountably disappeared but weakened him.

Constant prayer, self-laceration, blood-letting, and fasting do not make you fit for the life of a successful stuntman.  Joseph spent much of his time in dark cells (his “forest paradise”, according to him) and ate and drank practically nothing.  This is not the right diet for a world-class gymnast. None of this seems to have occurred to Nickell.  It was observed by many that despite his winsome disposition, Joseph usually looked like a “cadaver.”  “Cadaver” is not a good descriptor of the mighty gymnast Nickell thinks Joseph had to be.

Before trying to trash somebody in print, a good idea is to know something about his character.  All the evidence points to Joseph as an impossibly unworldly man with his mind relentlessly fixed on heaven rather than the earthly matters. In short, every known fact about the character of the friar completely contradicts Nickell’s vacuous fantasy.

If Nickell had the imagination to peer into the psychic reality of a human being like Joseph of Copertino, he would see that his interpretation would be out of court.  Instead, he feeds readers with references to—of all things—trampolines! Our sleuth supposes that Joseph may have deployed something like a trampoline in his lifelong pretence of being a mystic levitator.  Nickell gives us a Wikipedia reference to trampolines,  pointing out that acrobats in the Middle Ages relied on springboards for their performance.  Meanwhile his eyes wander back toward the book he was supposed to be reviewing and his mind glazes over the chapters he was determined not to read, since, as he knew, the whole century was superstitious.

He concludes his non-review by remarking on Michael Jordan’s ability to appear suspended in the air, and adds, referring to Jordan’s undoubted talents: “If we can be so impressed in the twenty-first century, imagine such effects in the superstition-ridden seventeenth, I think we can begin to understand the “levitations” of “The Flying Saint.”

So, here we have the same simple-minded ad hominem fallacy Nickell began with.  Since everybody in the seventeenth century was “superstitious”, anybody might be impressed by the amazing acrobat, Joseph of Copertino, and swear that he was a saint who could levitate.

It apparently never occurred to Nickell to read Chapter  3, The Case for Joseph’s Levitations.  Or any of the chapters that describe the life and times of the friar, his mystical life, the variety of his psychophysical phenomena, his interactions with other people, the possible physics of levitation, the implications for the mind-body problem, the new perspective on the origins of religion, and so on.  Nickell did not review a book; his total mental output consisted of one ad hominem grunt of disapproval.
Nickell’s non-review is an icon of pseudo-skepticism.  To be clear: the skeptical attitude is essential to reason, especially when confronting something so unusual as levitation. But the question always is, what is the evidence?  What are the reasons that back up claims and that merit a fair hearing? But when, like Joe Nickell, you’re a mouthpiece for an ideology that demands obedience at all costs, say goodbye to evidence and recuse yourself from the court of reason.